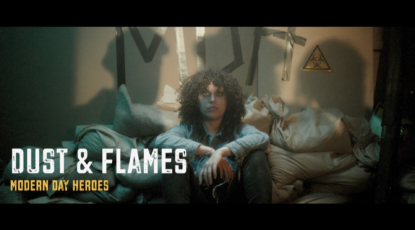 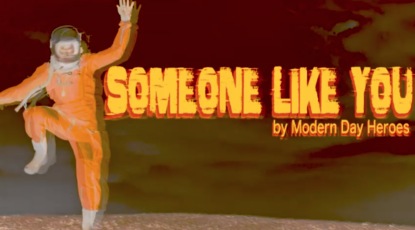 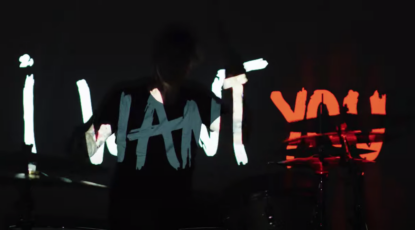 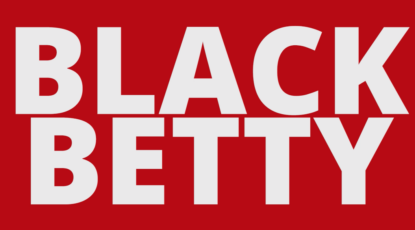 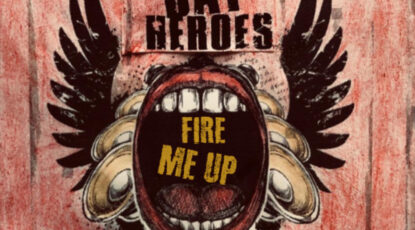 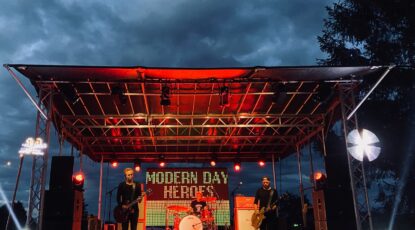 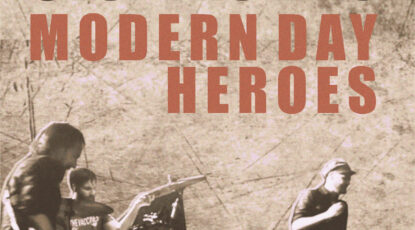 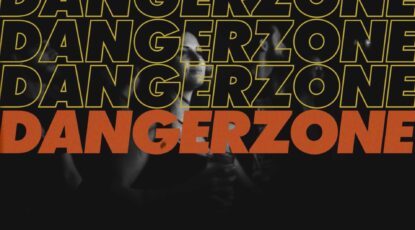 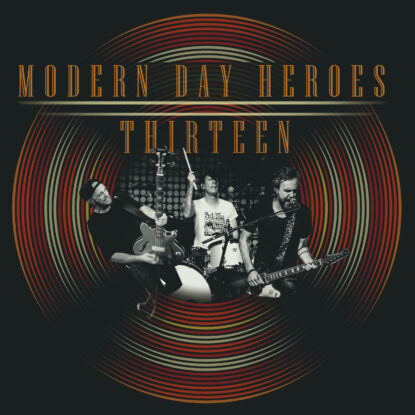 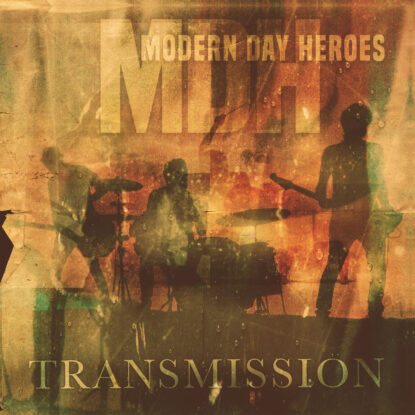 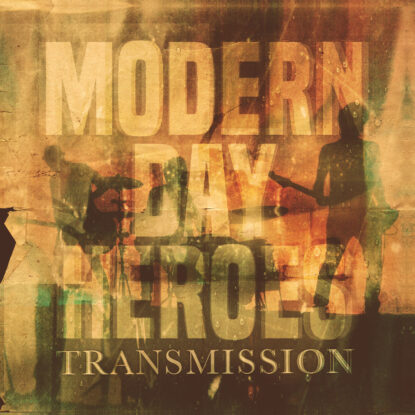 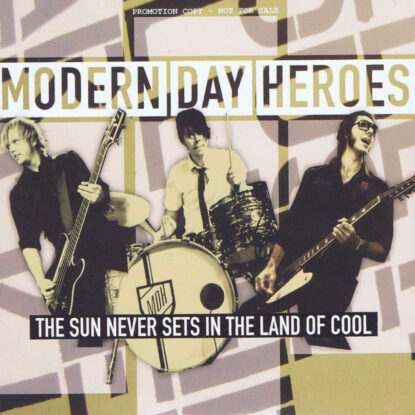 THE SUN NEVER SETS IN THE LAND OF COOL – CD 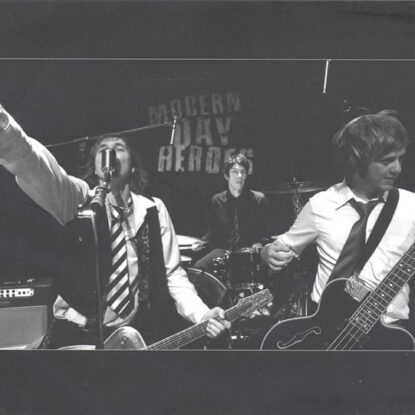 13 years ago Serge Christen (vox, guitar), Yves Fontana (bass) and Heinz Baumann (drums) formed Modern Day Heroes. The band, renowned for their high-energy trio-rock’n’roll live shows have released one EP and four studio albums since 2006. Along with Serge, Yves and Heinz, former musicians from Mud Slick and Sam Dimas make up the Modern Day Heroes. These are no newbie’s, more like old hands in the music circus scene, having toured and played live with the likes of Motörhead, Bon Jovi, Billy Idol, H-Blockx, Subway to Sally and many others.

The first MDH EP from 2006, called simply Modern Day Heroes, snapped up the Adcom Award from the M4Music Demotape-Clinic. Just for a laugh, in 2009 the band entered their new album, „The sun never sets in the land of cool“, in the then nascent My Coke Music competition. Jury member and former Miss Switzerland, Mahara McKay promptly gave the MDH her wild card and they ended up winning the My Coke Music Award for best Swiss live act. This album also brought the Modern Day Heroes an endorsement from the English clothing company Ben Sherman, who swiftly decked the guys out in snappy shirts, tees and hats.

A Germany-wide tour followed with the well-known popcore-rockband Die Happy, from Hamburg to Nuremberg and from Bochum to Leipzig.

In 2010, during the recording of their second album “Rien na va plus”, the band continued touring Switzerland and appeared at many famous festivals such as Openair Gampel, Heitere Openair, Brienzerfock Festival, Rock oz Arènes, Openair St.Gallen and many more. Rivella used their “I need a revolution” song for their campaign, enabling the band to reach a far wider audience. “Rien ne va plus” got the band nominated for the Best Talent in Swiss National Radio award from SRF3.

And so the MDH were on the road again and nothing could stop them. Unfazed, they played at the venerable Cavern Club in Liverpool, as well as at clubs and festivals in France, Germany and down to deepest South Tyrol. One highlight was playing support for Unwritten Law in sunny California.

Simon Von Allmen took over from Heinz Baumann from 2011 – 2018 on drums, and after 6 years of nonstop touring, songwriting and studio, it was time for a break from concerts. They used this break to devote themselves to other artistic projects, and so, between 2013 and 2016, all was quiet on the MDH front.

But the Modern Day Heroes came back to the stage all the more louder and reached #35 in the Swiss album charts with their album “Transmission”!

The triumphant return of their drummer Heinz Baumann reuniting the MDH founding trio gave them every good reason to celebrate their 13th band year in an appropriate fashion. Which is why they have thought up something special for their anniversary year. “Thirteen” is the name of the Modern Day Heroes 5th disc. This anniversary album is packed with classic MDH style fluid rock’n’roll – a melting pot of Modern Day Heroes band history. Stepping up to the demand of their fans, and the fact that two of the older albums are no longer available on CD, «Thirteen» is spiked with songs that still make the crowd go wild on this live cross-section of all four albums.
The new Album with 13 remastered milestones, two unreleased cover recordings and three brand new songs was released on Friday the 13th of December 2019.

The following planned «Thirteen Tour» in 2020 was then unfortunately not feasible for MDH during the pandemic and so the guys have holed up in the rehearsal room to write new songs. The new recordings were finished just at the end of last year and the new mini-album Dust&Flames will be released on October 22! But that’s not all, because two years of unwanted standstill was enough! That’s why a brand new Modern Day Heroes album, called Stars&Skies, is already in the frontline to be released in 2023!

“Down-to-earth, no frills attached guitar rock with just the right portion of cheekiness” was how the press described the typical MDH sound in the past. And this is exactly how the Modern Day Heroes, with Serge’s unmistakable voice, Yves’ rolling bass and Heinz’ thundering drums, blast their sound from the stage and out the loudspeakers.